Is your Site Mobile Friendly? We Can Fix That!

Google Has Been Giving A Boost to Mobile-Friendly Sites

Back in April of 2015, Google Inc. began tweaking the search results to favor mobile friendly websites. This of course has been beneftiting those that knew about , what has come to be call Mobile Apocolypse. While some savy business owners have fixed their problems, many that do not follow the arcane world of Search Markeeting have been hurt by this because they do not know how to fix thier sites.

The worse part is that many have turned to what is called RESPONSIVE Themes . While getting a responsive theme that MAY pass the mobile test, many responsive themes leave your customers searching for how to find your phone number or your location. Thus losing you business.

With the increasing number of people now searching on mobile moving past the 50% mark, Google said it was changing its algorithm to favor mobile searches and to favor sites that look good on smartphone screens. With people frustrated by landing on sites that they can't really read, Google felt it was time to penalize sites with content that is either too wide for a phone screen or text and links that are just too small.

In 2015 many Websites Responded to Google’s ‘Mobilegeddon’

Since Google is hands down the leader in search results and thus is the main driver for traffic to websites, some in the industry dubbed the change “mobilegeddon.” It is of value to know that Google updates its algorithm hundreds of times in a year, normally with little fanfare, but this is considered by some experts to be its most significant change in years.

Normally Google remains silent on their ever changing ways, but this was deemed so important that in an unprecedented move, Google felt the need to warn website operators in February 2015 that the change was coming, and gave them tips on how to prepare.

Why is this important to you and your business?

Last year, advertisers were paying far less for clicks from phones, because they didn’t lead to sales as often. So that lead to the responsive craze that encouraged web developers to tailor sites to look good on smartphones to pass the test, but sadly this lead to a lack of functionality over all in how to contact businesses.

Over this past year a boom in online selling from places like Amazon and Shopify have been drivers behind moving mobile into the bulk sales drivers. Mobile in 2015 accounted for 30% of all US ecommerce, and sales are predicted to reach $142 Billion in 2016 (Forrester)

Google, as a smart business move, wants more users to surf the Web on their phones instead of using mobile apps. Google sells ads that point to websites, but generally cannot direct searches to content inside apps. Some companies, including India e-commerce giant Flipkart, have dumped their mobile websites and told visitors to use their mobile apps instead.

While apps are nice, and people use them for shopping on Amazon and the like, people still need to find a good old fashioned Plumber, or local restaurant. So Apps don't do much good for the local business search done by Billions of people every day.

“As people increasingly search on their mobile devices, we want to make sure they can find content that’s not only relevant and timely, but also easy to read and interact with on smaller mobile screens,” a Google spokeswoman said.

All this comes down to moving into the future with a site that people can use once they find your online. A mobile friendly site not only helps you rank in the search engines better but a well constructed mobile site also helps your customers reach you once they have landed on your site.

If they can't find that on your site, in the first few seconds they will bounce off and head for the competition.

Have you tested your site to see if it is mobile friendly? Why not do this simple site audit to see how your website is doing.

===>Does Your Site Pass The Grade? 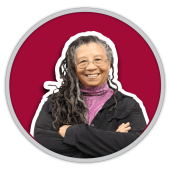 Rebecca Holman has been working full time online since 1999. Helping small to medium sized business owners move their business forward on the web.

Strategic Use of Images in Search Engine Optimization

The Features Mobile Friendly Websites Have In Common

You have Successfully Subscribed!

We Hate Spam Too and Would Never Do That.